The Universal Laws and Conditions of Third Dimension Living: How to Shift Consciously from 3D to 5D Universal Living 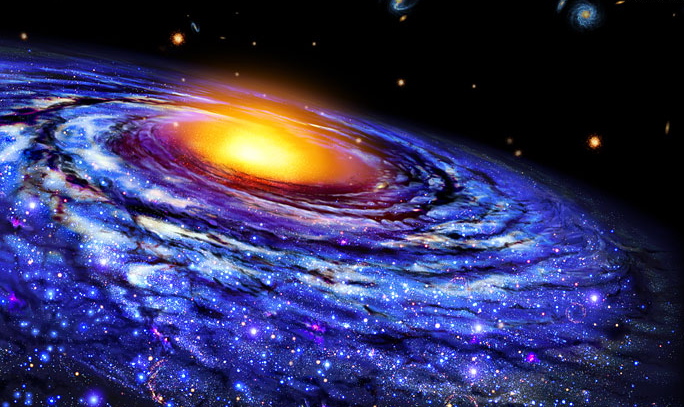 We truly are here to live in the art of miraculous living. Our natural ability to close down, is not nearly as strong as our ability to open up to higher consciousness and embrace the gnosis of the Universal connection to the All That Is All and reach for the Highest Heavens (Shamayim) of YHWH, our Divine Father.

Living within each of us is a recorder cell that contains the divine blueprint of our ability to BE the change we want in our world. This transition has been known as shifting from 3D to 4D; however, I propose we shift straight from 3D to 5D, as it is my experience 4D still expresses dualism. Some are calling this transition a 3D awareness shifting into 5D living. The following 105 Laws of the Universe will help us to shift our molecules, our DNA and our energy re-patterned to a new blueprint. This blueprint informs us that time and space are one and in the NOW and that we are powerful co-creators of reality. You already have everything right within you - the tools, understanding and abilities to work and grow in this new beingness.

Much of the way that we can access this new reality is through subtle shifts in our gaze (focus) and in our awareness. By relaxing our focus we become aware of things happening on the edge of vision - catching it out of the corner of our eye.  The more we practice this the more we realize the limitless potential within every moment, as I like to say, we could write volumes gleaned from each moment in our lives. Trusting ourselves towards our divine sovereignity becomes the Holy Grail of our existence propelling us forward into a miraculous new reality and allowing old beliefs and programs telling us it is not possible or that we are unworthy to fall away.

The musical duo, of Heart and their song, "Dog and Butterfly" is a sweet reminder that, like the dog blissfully, perpetually chasing the butterfly - because he can - we also contain an inherent, natural force within us to continue to ascend through our lower shields of karma and become at ease with and within all our multiple realities. Trust yourself and your quantum senses and soon miraculous spaces will begin to reveal themselves to you. So continue catching the joyfilled butterflies of higher consciousness.

"The lips of wisdom are closed,
except to the ears of understanding."

All creation is governed by law. The principles that operate in the outer universe, discoverable by scientists, are called natural laws. But there are subtler laws that rule the hidden spiritual planes and the inner realm of consciousness. Contained within these laws (or conditions) is the true nature of matter. Knowledge of these laws has an effect upon the mental urges. Mind is the builder. Stay in full mindfulness of the application of Universal Law as related to self and to others, and know that in love all life is given, in love all things move. In giving one attains. In giving one acquires. In giving, love becomes the fulfillment of desire, guided and directed in the ways that bring the more perfect knowledge of self as related to the universal, all powerful, all guiding, all divine influence in life. Love IS life.

When we go back, merge with the God Source, in some infinitesimal but profound way, we expand the Mind of God. Our God and higher self always points the best and most perfect way and it is ours to listen and choose or reject what we hear. God does not blame, but patiently tries again to show the perfect way, the loving way. All of creation pushes forth. We are ever becoming. Identity ever remains!

Please use this information as consideration for your thoughts, but do not build a citadel which becomes impregnable to inquiry, the very life of spirituality. The parameters within which we work are as expansive as we make them. It is almost impossible to resolve abstractions into the terms of speech and not loose the inner sense on the process, and therefore in the nomenclature of these laws much is lost. The laws and their definitions have been retrieved from many sources and may not be copyrighted as these copyrights already exist. This information is for your personal use only.

Source: From the archives of SpiritWeb.org and from Deidre Madsen's personal experiences.

Tags: deidre madsen, author, 3D veil reincarnation karma third dimension fifth dimension universal laws law of abundance law of attraction law of akasha law of analogy law of ascension law of balance or equipoise fair energy exchange FEE law of challenge law of chemical affinity law of cohesion law of color law of common ground law of consciousness law of cycles law of cyclic return law of right to decree law of discipline law of disintegration law of divine flow law of divine love and oneness law of economy law of economy of force three major laws activity aspect law of equalities essential divinity law of expansion law of expectation law of faith law of fixation law of flexibility law of forgiveness law of free will law of choice law of gender law of good will law of grace law of group endeavor lawof group life law of group progress law of healing law of higher will law of honesty law of intention law of intuition law of inverse proportions longevity law of justice law of karma law of knowledge law of the lotus law of love law of the lowerfour law of magnetic control law of magnetism law of manifestation law of mantras law of meditation law of mentalism law of miracles law of monadic return law of no judgments law of non-attachment law of non-intervention law of one law of order of creation law of patterns law of patience law of perfection law of periodicity law of plane6tary affinity law of polarity law of prayer and meditation law of the present moment law of process law of prophecy law of radiation law of rebirth law of rebound law of repulse law of responsibility law of rhythm law of right human relations law of right to one's own space law of sacrifice and death law of schools law of love and light law of service law of solar evolution law of sex law of solar union law of sound law of spiritual approach law of spiritual awakening law of summons law of surrender law of synthesis law of teaching law of telepathy law of three requests law of time law of unconditional love law of unity law of universal sympathy law of vibration law of will of god law of will power

... for the Still Small Voice Within

Take back the power of your life and go for truth ... call me. Ascension is NOW! Love & Romance; Past, Present & Parallel Lives; Career, Finance & Life Path; Health & Medical; and Lineage Healing. As seen on Bob Olsen's directory. 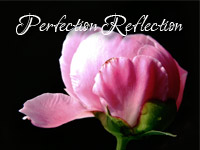 "You get dressed in the morning and in the evening you get undressed.

When we get dressed we put on the thinnest, lightest clothes first - vest, shirt, and so on - and the heavy overcoat last, in the same way that in order to descend to earth we enter increasingly dense bodies until we get to the physical body. And we do the reverse to go back up towards the spirit.

The distinguished philosopher and spiritual master Omraam Mikhaël Aïvanhov (1900 - 1986) was born in Bulgaria. In 1937 he moved to France where he gave most of his teaching. The striking aspect of the Master's teaching is the great variety of ways in which he presented his central theme: humanity's quest for perfection. Whatever the topic under discussion, he invariably dealt with it in terms of how we can grow in spiritual maturity and better conduct our lives. Prosveta Publishing 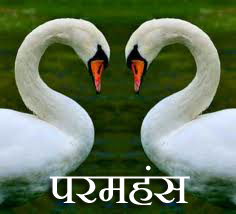 Living in balance be'tween your masculine and feminine archetypes is what is known as the space be'tween. The space be'tween is one of core purity and harmony. We liken this space to Swans who beautifully represent purity and transcendence in the Vedantic teaching of Paramahansa (परमहंस). This is about being in divine ecstasy and simultaneously to be actively wakeful. Paramahansa is found through Happily Inner After.

... seeking the Holy Grail to love?

WE ARE EACH OF US ANGELS
with only one wing,
and we can only fly
by embracing one another.
Luciano de Crescenzo

May Your Path Be Radiant!

WOMEN WHO RUN WITH THE WOLVES

A HEALTHY WOMAN is much like a wolf - robust, inventive, loyal, fierce. Yet separation from her wildish nature causes a woman to become meager, ghostly, anxious about leaping, fearful to create new life. With the wild nature as ally and teacher, WE SEE NOT THROUGH TWO EYES ONLY ... but through the many eyes of intuition.

The archetype of the Wild Woman carries los bultos, all the bundles for healing and meaning. She carries all the medicines of stories, words, and songs, all the mending tools of dances, signs and symbols. She is both vehicle and destination. She is the essence of the female soul. No matter how many times she is cut back, or called unsafe, dangerous, useless or mad, she rises through the psyche regardless. Even La sombre, the most restrained woman, keeps a secret place for the wild nature. Even La cautiva, the most captured woman, is waiting for an opportunity to hightail it to freedom.

All women are born gifted. To live close to the instinctual nature does not mean to become undone. It means to establish one's creative territory, find one's pack, be in one's body with certainty and pride. It means to act in one's behalf, to find what one belongs to. It means to rise with dignity, to proceed as a powerful being who is friendly but never tame. The Wild Woman is the one who thunders in the face of injustice. She is the one who keeps a woman going when she thinks she's done for. The Wild Woman is fluent in the languages of dreams, images, passion and poetry. No act of love or social justice occurs without her. She lives in women everywhere; in the barrios and in the boardroom, in the prison and on the mountain at the fire, in the penthouse suite and on the night bus to Brownsville.

She is mother of El duende, the goblin wind of creativity. She leaves footprints behind for us to try on for size. Whether you are possessed of a simple heart or the ambitions of an amazon, whether you are trying to make it to the top or just make it through tomorrow, whether you be spicy or somber, regal or roughshod - the wild nature belongs to you. She truly belongs to all.

The issue is simple.
Without us Wild Woman dies. Without Wild Woman, we die. Para Vida, for true life, both must live.