Lifting the Veil: How to Strengthen Psychic & Intuitive Abilities

A Teaching for the Sensitive Intuitive in Training 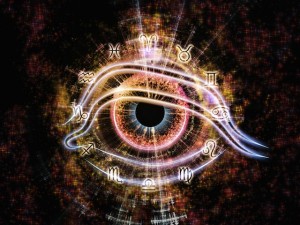 Environmental conditions can often produce a hyper-sensitive empath. When  I came into the world aware in-vitro, I acquired a hyper-vigilant survival mechanism of empathically and psychically needing to connect with everyone around me to gauge their behavior / mood / thought patterns, thus strengthening my "intuitive muscles" over time - making me a good intuitive.

Some are asking how to even recognize their own psychic abilities. I want to speak to this and go into greater detail plus give a few pointers. Then I want to address in this article what makes a good intuitive good.

In today's article, it's important to address the concept of veils or as some people call them, blocks. When you consider the myriad layers or realms of realities that surround us in our waking walking life it is a blessing to be sure that we even have veils. We can be thankful for our veils and the important task or role they play in our lives.

Veils are wonderful because when we can master them we can lift them at will to take a peek into other spaces and places. If we didn't have these natural built-in veils we would have a difficult time deciphering the layers or realms surrounding us, trying to differentiate between what is "our reality" and what is "another reality". There are those of us who are capable of 'seeing' for example several people sitting at a table yet we only see one person. Others are sitting there at the table with one person present, yet many are there. Some can actually see everyone there and to them, they all look 'real' and cannot seem to tell them apart from one another. I've associated this lack of veils or the ability to veil with those who are schizophrenic. I have run this concept/theory past psychotherapists, psychologists and psychics in the industry - all who thought my theory was plausible and a good explanation.

Lending further credibility to my theory is the article posted on Melbourne University's website about a University of Melbourne team who examined a group of people deemed to be at ultra high risk of developing psychosis and found those that went on to develop schizophrenia, rather than other forms of psychosis, all displayed the inability to identify smells. This deficit was present before the onset of any significant clinical symptoms of psychosis.1

In my opinion and my findings about the nose itself, this observation makes sense. If a person had their veils in place they would also have a sense of smell. The old adages "the nose knows", "follow your nose", "it's right under your nose", "I smell a rat", "sniff out danger", and so on all lend a sense that we are using our olfactory extrasensory perceptive tool to facilitate or assist our inner knowing or perception. Without this, we are more prone to having our veils not only lifted but permanently damaged/removed. When I think about people who have rhinoplasty I have to wonder if they eventually suffer from something similar. Or perhaps this might cripple their nose's ability to not only smell the scents of the world as they had pre-surgery but also to sense the world around them. 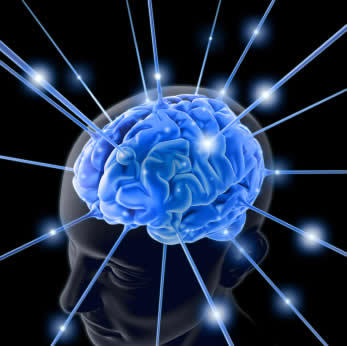 Can Veils be Misused?

If veils are used properly or identified they can clearly delineate the start/stop points of a reality or realm. They can be rather subtle and if I can attempt an explanation here, I will. (More on this later.) Some however look at veils and call them blockages, blocks or barriers to their own psychic abilities. I feel these are nothing more than beliefs or systems that are 'bought into' in order for us to feel we are not or cannot connect. Strangely, the belief that we are not connected is a misnomer - we are always connected no matter what we try and do. It is not possible to not be connected.

It definitely can be much easier to allow our own baggage or blocks to keep us from knowing. We must not confuse being veiled with being blocked as these are two different things altogether.

How to Discern the Start/Stop Point of a Particular Veil

The extra sensory perception tool I use most is actually my nose. In the ancient art of Jin Shin Jyutsu, a 5000 year old modality similar in some ways to acupressure recognizes in its main central flow, the nose as a point on the path. Truly, the nose knows. The nose appears to act as a sort of inner antennae. Generally, unless your nose is tiny, your nose is the first body part that leads you into a new space physically as well as metaphysically. I observe myself during a reading with a client and catch myself inclining my head in a particular direction, sometimes its to hear the words being spoken to me or to catch a particular feeling being relayed, and yet all the time I am following my nose's sensibility and trusting my built-in guidance systems to lead me in the right direction.

Traversing From Veil to Veil

When we get into the space of traveling through the spaces there are a couple considerations: being in the veil and being between veils for starters. To be in one is to be engaged, simply put, in some form of communication or communion with another. To be between veils is to be taking focus off one space and placing it on another space. In a way it is like traveling on earth. We want to take a trip to Hawaii , we have to drive to the airport, hop a plane and travel thousands of miles until we reach our destination airport, and from there we hit the beaches. Within a veil there are many worlds or realms right in the same veil; there are veils within veils; like there are in an airport - within the airport there are shops, stores, malls, bathrooms, luggage area, check-in counters, video play rooms, all these spaces within one place, and of course the airport is within a city limit that has many other places to visit besides the airport itself. When traveling meta-physically you can really have a lot of fun discovering new places and meeting new people.

Getting from veil to veil feels as if you are simply placing your attention to another space. That is the gist of it really. If you get to the point of trusting that what you are seeing and experiencing is real and not an illusion then you will be just fine. It is those folks who distrust what their inner eye, or third eye, reveals; they trip themselves up by doubt and then confusion sets in. Stay clear and trust yourself, then simply turn your attention to another space and you are there.

Can One Get Lost in the Veils?

I once was experiencing an OBE (out of body experience) several years back when this was quite new to me. I laid there quite relaxed and unaware of what was happening. Suddenly I found myself separating from myself in a way that was very strange. I felt light and as if my real self was being pumped into a giant Macy's Day Parade balloon. This part of me was floating above my body like a balloon of higher consciousness. I felt waves of rushing relaxed kundalini warmth at the same time. Feeling secure I continued filling this giant etheric balloon not really knowing what was going to happen and so I remained quite curious throughout the process.

After a time I felt as if I was getting ready to do something more than just float above myself. It was then that I became afraid and thought I would lose myself in some way, the self on the bed. In a panic I quickly returned to my body on the bed.

After reflecting on this some time later, I realized how important it was to recognize that there were indeed tethers of silver cord connecting my physical body on the bed and the floating version of myself.

What is really important to remember is that while exploring veils you may think you could get lost but in fact you are never away from yourself. Nevertheless, if you remain timid try concentrating or focusing on the silver cord of connection that always exists between your higher consciousness self and your physical body, and actually connects with your other bodies (i.e., epikinetic, electromagnetic, and so on).

With these teachings you may find that they open up new vistas of understanding and they may also invite more questions. I encourage you to write me with anything you want to share. I am so happy to assist you in the deeper space inploration.

Read Similar Articles: Are You an Empath Sensitive?

It is time for you to feel cherished and supported in life with a personalized Life Coaching Session. Deidre assists you through interactive and compassionate sessions for restorative emotional healing. 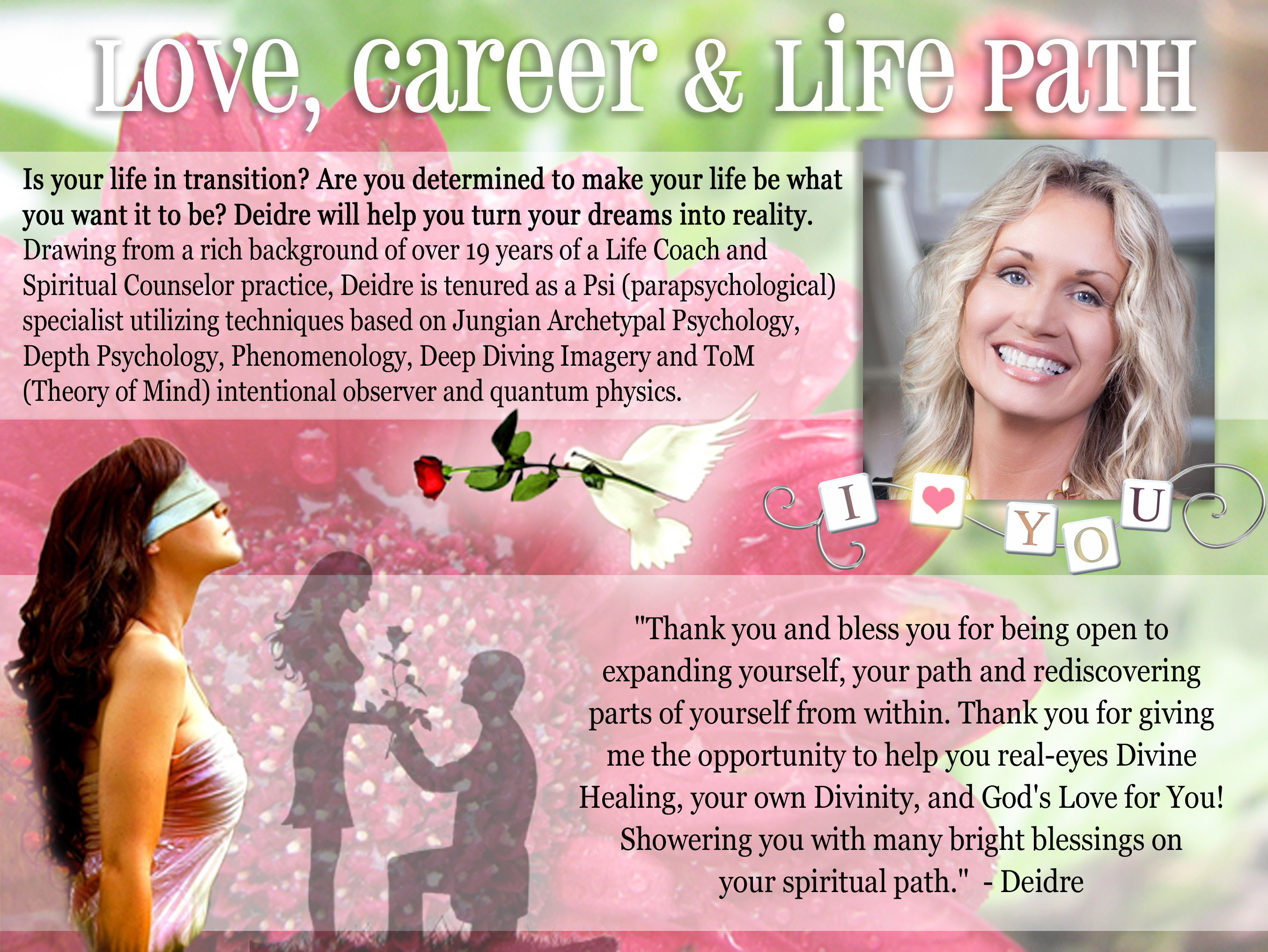 Click a button to order with Payjunction our secure merchant